People typically ask me why I cross-train so hard and skeptically ask when I would ever use all of my “special” skillsets.  And, my response is that I am studying broader patterns than what is immediately in front of me or visible to you.The hope is that I never have use my fighting skills, but as we all know too well, things go wrong more often than we think, sometimes disastrously – and trouble comes looking for us.

An example is at the shooting range:  People reload their guns very casually, taking their time, chatting away, and tend to think that they will never have to reload in a real gunfight.  However, when engaging multiple bad guys, or if your firearms jams, then you have to know how to clear that malfunction, and do it in a hurry.This unconscious competency can only come through repetition and training and understanding the dynamics of a stressful situation.

Specifically, that means having at least one extra magazine and making sure it is staged in the right way, so that you grab it and load it with the bullets facing the right direction every time. Ideally, we want to do a tactical reload when we want to (perferably behind cover), rather than an emergency reload when we have to (due to the gun running dry in the middle of a firefight). 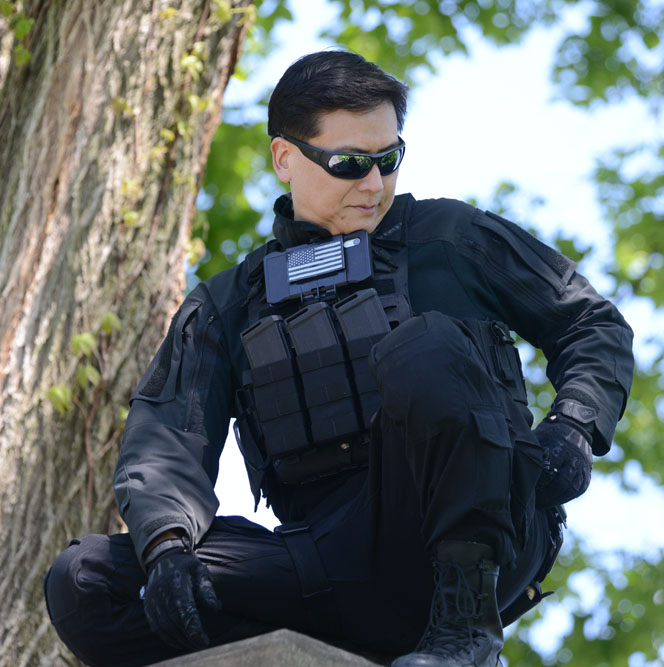 COVID-19 has revealed the problems that we face as a society on multiple levels.

At a government level, there was insufficent surge capacity to handle a spike in an epidemic, let alone a pandemic.  Epidemics happen with greater frequency than people remember.

Businesses have come to realize how fragile their supply chains are lacking sufficient diversification – all in the name of efficiency and Just-In-Time deliveries. And individuals have been running too thin with not enough cash cushion, whether due to excessive consumerism or insufficient wage growth.

Regardless of the causes, the forced shutdowns to “bend the curve” have caused people to realize that we need to be more resilient at all levels.

From a financial planning perspective, this translates to having a bigger safety net, i.e. saving more cash and owning the right insurance coverages.  This also means making sure that investment portfolios are maintained on a proactive basis, so as to not react belatedly to headline risk.

Your finances should be orderly, so conscientiousness to details matter – and not be left to chance.

Shooting a gun looks simple and easy, until you try it and realize how hard it can be for a novice to even shoot the broadside of barn door at distance.

This is really a mindset issue that needs to manifest itself into action.

So, while I don’t consider myself to be a “prepper”, I do believe that contingency planning is necessary to maintain optionality.

By not always being caught up in the here and now, and to think ahead and big picture, even while taking care of the minutiae, the chances of getting caught with a shortage go down.

Fortunately, I had no shortage of cash, masks, gloves, sanitizers, meat, toilet paper or even ammo,

Most of this was due to situational awareness, even as the US stock market did not take the growing epidemic “over there”  seriously in January, despite commonly known forces, such as globalization and urbanization, making the spread a matter of “when”, not “if”.

However, admittedly, I did jump onto long-term emergency food preparation a little late – shocked to find everything sold out online.  My back-orders just came in 3 months late, so it was still a lesson learned for me to search for improvements and to be adaptive, so that coming out of this pandemic, I will be more resilient than ever.

If you’d like to leave a comment below, I’d be interested to know what you discovered to be your own blind spot in your disaster preparation.  Most people have thought about natural disasters due to climate change over the past few decades, but very few have actually done anything about a pandemic.  While we all used to like to make fun of “that guy” who wore a face mask or bought a military gas mask (No, I don’t own one), but look at how we are today….  Nobody is joking around about social distancing now…  Were there holes in  your financial plan that you never got around to addressing and now wish you did?  Or, did the financial terrain shift significantly under you with the passage of the CARES and SECURE Acts recently?  Or, do you generally not know anything but think you should now?  No clients panic sold, because they we have run through multiple steps of my fiduciary process and were properly allocated relative to their financial planning goals.

So what is the next possible problem?  I am not a worrier, butI think that an unintended consequence of people working from home is now heightened cybersecurity breaches…  people who have been hacked and are “asymptomatic” (further digitization) and don’t know it yet due to inconsistent application of security protocols when going online…  Again, it’s something to think about and do something about, before it becomes a problem.  No sense of urgency, but just be aware of what could be  going out there…  And as always, hopefully I’m wrong, but everything is about probability of outcomes, so let’s run that Monte Carlo simulation one more time….